A Spark Fires in the Void


I make my morning cup of tea, sit down at the table, and open my laptop—completely mundane acts on an entirely ordinary day.
A document file opened…a blinking cursor waiting for me to push it forward across the page…a keyboard waiting for my fingers to move.

And as they move, a spark fires in the void. A light appears in the distance—faintly, only barely visible at first, but glowing brighter, stronger. Following its rise from the darkness comes a world, solid and strong, with shape and texture and jagged edges. The building light solidifies into a blazing sun that breathes down onto the raw earth and fills it with color, life, growing things. 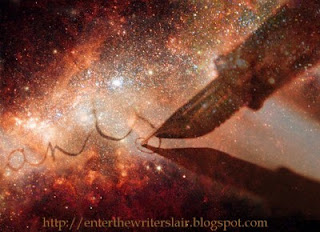 We talk about the writing life as if it’s all a carousel of coffee, chocolate, rejection letters, writer’s block, and inspired all-nighters, and we joke about having a “socially acceptable form of schizophrenia” like it’s no big deal. And yes, sometimes it’s good to keep it light to keep from going crazy. But the truth is that there’s much more to it than that.
The moment of creation, the dance with a stranger that sparks a bond as deep as a soul, the anguish, the piercing joy…
These are what it’s like to be a writer.
Posted by Mary Ruth Pursselley at 12:10 PM 2 comments:

Guess what, everybody? My epic fantasy series, The Adelfian Prophecies, now has its own Facebook page, where you can not only keep up to date on all the latest happenin's as I continue writing the series, but also take part in discussions about the series, ask questions about already-released or upcoming books, share favorite scenes or characters, talk about what the stories mean to you...and well, maybe even get a sneak peek or two.
I'd love for you to join me, so visit facebook.com/TheAdelfianProphecies, like the page, and let the journey begin!
Posted by Mary Ruth Pursselley at 9:23 AM 1 comment: 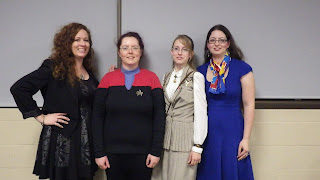 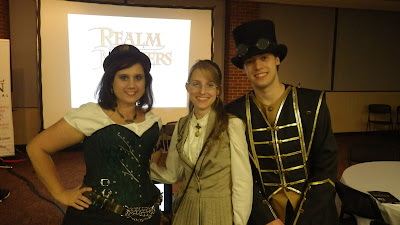