Yes, still behind, but catching up. All I have to do is write 10K words in two days... with one of those days being Friday, my busiest day of the week... okay, so maybe I am in trouble. But I'm not going down without a fight, so we'll see what happens.
At present my story is in complete disarray and I have absolutely no idea what's going to happen next or how it's going to end. My main character Thaddeus is currently out of commission and being nursed back to health by his wife after suffering from some pretty severe smoke inhalation. (We burned down the textile factory after we broke into it. In our defense, it was an accident.) Since he's supposed to be the main character, that leaves the story in a bit of a lurch, especially when one considers the fact that Reuben Clark, the boy Thaddeus and Fu-han are supposed to be protecting, is still missing after being kidnapped by James Wells, who we thought was a good guy but wasn't. So, Thaddeus' current state leaves Fu-han to rescue Reuben with the help of Jen Qiao, the woman who has the connection to his past that neither of them want to tell anyone about.
I'm hoping maybe they'll use the opportunity to work out some of their issues... I just hope they do it in English, since the only words I know in Chinese are their names. I suppose we'll just have to see.
So on that note, I'm off to write. 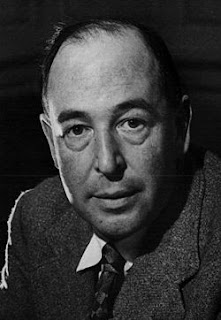 Oh - but before I forget - today is C.S. Lewis' birthday! If you're like me and woefully behind on NaNo, you probably don't have much time to spend the day celebrating the life of the man I consider one of Christianity's most influential writers (and who is my personal all-time favorite writer). But, I am going to make time today for a nice big cup of Irish Breakfast Tea and re-read a few of my favorite C.S. Lewis quotes, since I feel I would be remiss if I did nothing at all to celebrate. I'm currently reading That Hideous Strength, the third book in his Space Trilogy, for the first time too, so maybe I'll take time out from writing to read a chapter or so.

How about you? How has the life and/or work of C.S. Lewis influenced you? Do you have a favorite work or quote of his?

Share it in the comments box! And for those of you frantically struggling to catch up on and finish your NaNo... don't give up!
Posted by Mary Ruth Pursselley at 12:22 PM