I'm guessing none of us have to be reminded what happened on September 11, 2001. Maybe not all of my readers are old enough to remember it well. Maybe some of you were too young to be allowed to watch the horror unfold live on television. But you all know what happened. You all know the story of an unprovoked attack on American soil that cost the lives of so many American people.

But another date that is equally as important to remember, and yet one that a tragic number of people don't remember, is December 7, 1941 - the day Pearl Harbor was attacked. 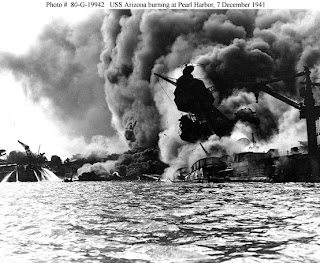 Over 2,000 Americans were killed in the unprovoked attack - the event that led the United States off of the sidelines and onto the stage of World War II. Estimates place the number of American casualties at well over 400,000 over the remaining duration of the war. 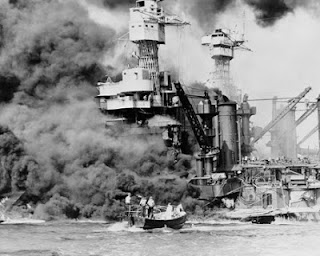 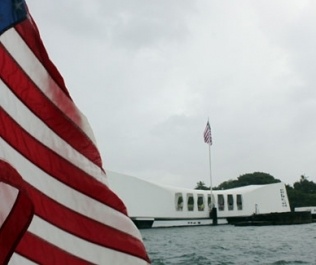 I have rather recently become a passionate student of World War II. Shortly after I began studying the subject, after getting just a glimpse of the horror that it truly was, I made a personal commitment: that I would be one of the ones to be vigilant, to learn from the horrific examples of the past, and to stand up and do everything in my power to prevent such a thing ever happening again.
World War II - the Holocaust - the deaths of what is roughly estimated to be over 2.5% of the world's population at the time - could have been prevented if ordinary people with wisdom, courage, and foresight would have stood up, opened their mouths, and simply said "No."
And we today have advantages that the ordinary people of the late 1930s didn't have: we have far greater freedom of information to see what is happening in the world around us, and we have the example of the past from which to learn.
Let us never forget the sacrifices and heroism of the brave warriors who have come before us. But more importantly, let us never forget the events that made their sacrifices necessary. Let us never make the same mistakes that would lead us down the same dark path. If we fail to learn from their sacrifices, if they paid with their lives to preserve our freedom, only for us to turn around and forget them a generation later, then their sacrifices were for nothing more than to buy us a bit of time.

Never Forget.
Posted by Mary Ruth Pursselley at 1:00 AM