In celebration of the recent release of Avenir Eclectia Volume 1, I'm interviewing several of the authors who've contributed to the project. Joining us today is Travis Perry, an author as well as one of the editors of the project. 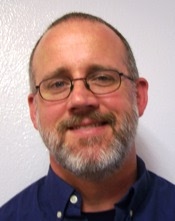 Thanks so much for being here, Travis!

MRP: What first brought you to the world of Avenir Eclectia and got you interested in the project?


TP: Grace Bridges, the creative mind behind AE, published my novel The Crystal Portal before Avenir Eclectia kicked off. Afterward she announced the creation of the site and invited her authors to join in. So at first, I wrote for AE as a favor to her. But soon enough I got interested in the stories I was writing for their own sake. I found the story universe interesting, too, especially Grace's notion of "angels." Also I've always enjoyed reading short stories and find them fun to write.

MRP: What do you consider your unique 'trademark' as a writer, and how does that come through in your Avenir Eclectia stories?


TP: Uh, I don't really try to have a 'trademark.' I suppose I do though, since everyone is different. I'm honestly not sure how that shows, though in compiling the Avenir Eclectia anthology I noticed that my stories are often paced more quickly than most others. And I like to have clear and dramatic endings for each story (and I also seem to like starting sentences with conjuctions...ahem...).

MRP: Following the development of your character Ernsto Mons has been so intriguing. Can you tell us a bit about that (your inspiration, goals, etc.)?

TP:  Getting acquainted with "Angels" as intelligent undersea creatures inspired in me the question of "What if a human fell in love with one of them?" I thought it would be ironic if the human that felt that way were a bad man, not one given to love. To illustrate what kind of man I created in Ernsto (which is a futuristic version of "Ernesto"), please allow me to reproduce here my story "Pressure":

Ernsto slammed his palm into the airlock emergency override switch, flattening the wide red button, mechanical creaking erupting from the door hinges as it swung open, a half-meter of water still in the lock, water pouring into the hallway as he stepped out. The enforcer he’d paid off stood there, his mouth gaping open.

Ernsto glanced behind him. The angel was floundering in the draining water. The lip of the lock would keep all of it from leaving, so if it were just a matter of breathing water, he knew she’d be fine. But there was another problem—pressure. Her body was struggling to adapt between the deep ocean pressure she’d spent her whole life at and the one atmosphere of air pressure used by humans living in Zirconia—a near-vacuum from her point of view.

He’d brought her into the lock anyway. After all, the reward had been for an angel, “dead or alive.” He could ignore the waves of pain from her he could actually feel, but he found in some unexpected part of himself that he didn’t want to.

“Get me a pressure tank. Now,” he barked at the enforcer.

“You didn’t pay me for that!” The man’s blue eyes set deep into his piggish pink face widened into whites.

Ersto took three quick steps, still in his pressure suit, but his helmet off. The long knife on his belt he pulled and he held it to the man’s throat. “You will get me a pressure tank, or I will skin you alive.” His voice rasped in a whisper—he let the keen edge of the knife do all his shouting for him.

The enforcer started to move. “Hurry back or I swear by the depths, I will find you.” The man, sufficiently motivated, rushed off.

Ernsto slowly turned back toward the lock and dispassionately watched the angel flounder.

You can clearly see in the story that Ernsto is violent and not what anyone would consider a nice guy. Yet in the sentence, "He could ignore the waves of pain from her...but he found in some unexpected part of himself that he didn't want to" I began to create a change in him...a beginning of empathy for her that eventually he will realize is love. Love brings him to a place where he hates his old self and seeks to be something better.

MRP: You've done a fabulous job arranging the order of the stories in the anthology. It has such a seamless flow, and really lets readers learn about the world of Avenir Eclectia in a natural, straightforward way. How did you go about accomplishing that? Was it a difficult process?


TP: That's very kind of you to mention. Of course I wouldn't have been able to do anything without great material from the authors to work with!

How I did it exactly I explained in some detail in an interview I did for Greg Mitchell. But to add something I didn't tell him, after I printed all the stories, edited them, and physically arranged them in the order I wanted (I had a big conference room table for that), I decided to make the longer story arcs the backbone of the work. To my surprise I discovered that the Ernso story arc had far more individual stories in it than any other story arc. So I planned to lay out that set of stories first, at a rate of one story per four, with the idea of filling it in with other stories between. Then I followed with my Elsa stories. At the end I had planned to put the trio of story arcs I felt built up to the best climax, which were Greg's, Joseph's, and Fred's tales. I looked at other continuous story arcs to put in the gap between my tales in the beginning and the trio at the end. Once I got that identified, I generally filled in the spaces between the backbone stories by putting earlier stories first and later ones later, but I always looked at which stories were near which other ones and tried to put compatible ones together (and followed other rules, like not putting two stories by the same author together and not putting two stories in the same arc too far apart). By the way, your story "Joy" wound up being number 2 simply because it fit well there--and also because it was a really nice read and I felt it would help get the combined work off to a good start. Thank you for your contribution!

MRP: You're very welcome. Glad you enjoyed it! : ) What do you see as the biggest advantage of a multi-author project like Avenir Eclectia?


TP: Well, there always seems to be plenty of content. That's good for the continuous smooth operation of the Avenir Eclectia site. Also it's great that everyone explores different corners of the story world. The authors as a collective whole think of things that no one individual author would come up with.

MRP: The biggest disadvantage or challenge?


TP: I've felt that differing authors' concepts of how things work were at times sharply incompatible with one another. For example, wizards described as "scientists by another name" are not the same as wizards who can casually perform actual magic like levitation. Money described as "credits" are not the same as unmarked coins. These differences can be worked out, but doing so takes effort and means sometimes redirecting story ideas. I've actually tackled doing that to a degree, but have found that particular aspect of things rather painful. Putting the stories in order was fun, but trying to harmonize concepts within the stories was my least favorite part of the editing I did, because I feel like suggesting changes in other people's ideas makes me come across as the grinch-who-hates-my-story...

MRP: We writers do tend to be a little over-sensitive about that. ; ) Do you have a favorite memory or experience from the Avenir Eclectia project so far?


TP: I remember deciding to put "Rejoicing in Hope" as the second-last story and "Alive" as the last because these had some of the best post-climatic resolutions. I violated my own rules doing that because these two stories were far removed from the story arcs they came from. I worried that putting them there might not work and felt nervous about it as I read through the entire work in rearranged order for the first time. But when I got to that ending about Jax, well, it brought tears to my eyes. It is SUCH an awesome ending for the entire book! I'm so thankful to Kat for writing it. That moment I realized how great the ending turned out is definitely my favorite memory of this project.

MRP: I remember getting goosebumps when I read the last story during the proofreading process! It really brought the anthology to a beautiful conclusion. Can you give us any kind of hint at where your story/character arc is going from here?


TP: I intend to continue the Ernsto story arc to the point where he falls in love again, this time with a woman others consider unlovable. For her sake and other reasons I intend Ernsto to eventually become nearly the opposite of what he used to be.

MRP: I'm looking forward to reading about that! Thanks so much for chatting with us, Travis.

Intrigued yet? You can read all 137 stories, plus pages of bonus material including illustrations and 'inside' information, available from Amazon for $5.98 in print, and $2.99 in Kindle format. And for a 12-lightyear voyage, I'd say that's pretty affordable fare. ; )

Posted by Mary Ruth Pursselley at 11:00 AM